Archipelago. Meteorites and odd rocks have been collected from locals, mainly from the South African Karoo Dessert and Swiss Alps.

"The Archipelago" series explores the link between matter and meaning, radical togetherness of alienated bodies and territories: 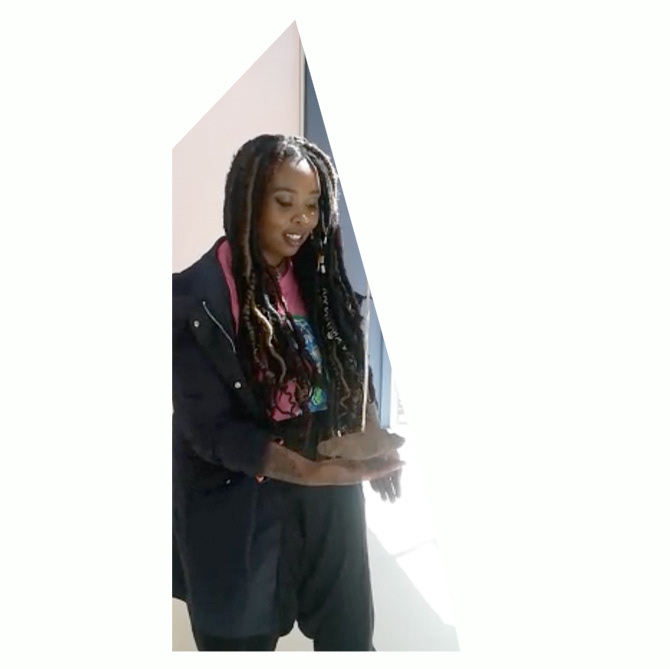 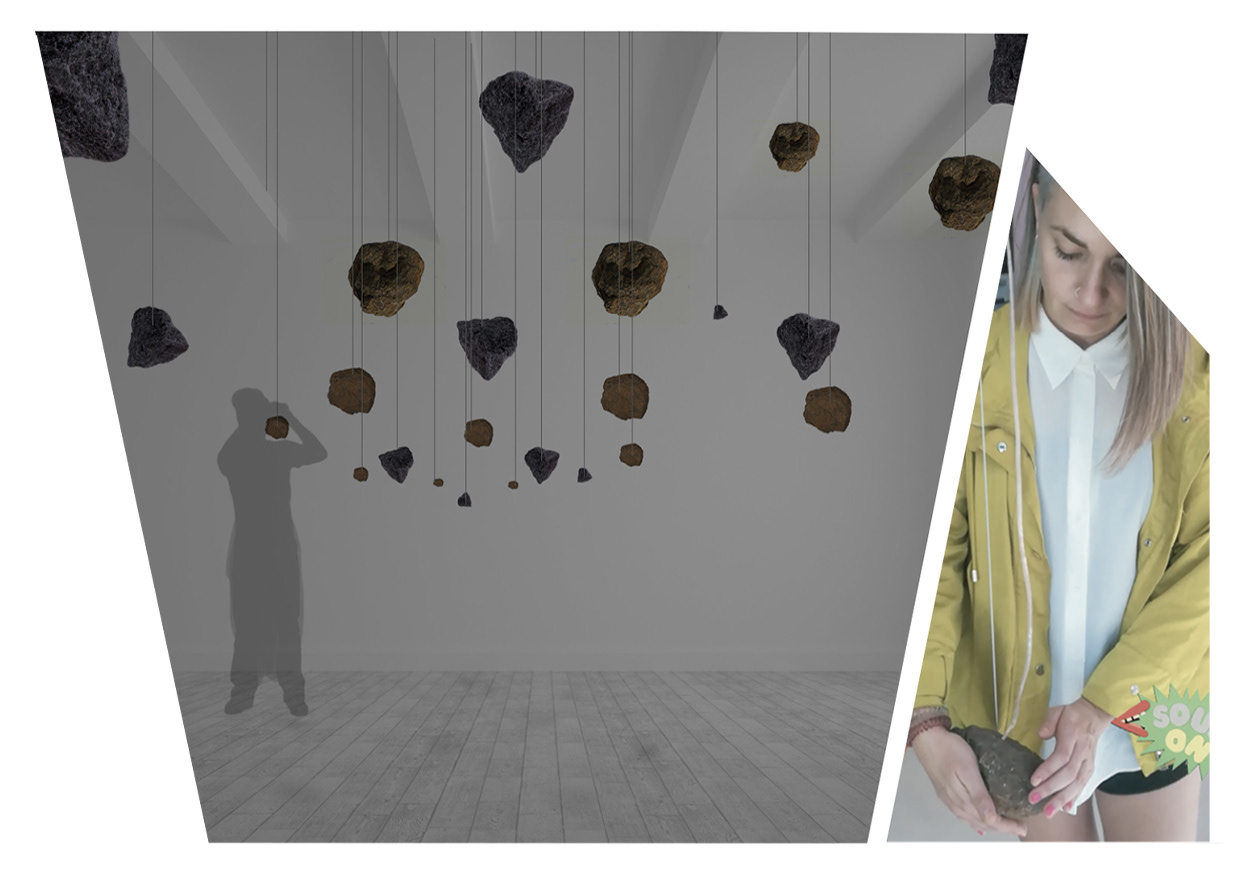 "Always Calling Home" RAW SOUNDS FROM PHOTOMETRIC DATA FROM ASTEROIDS
"Always Calling Home" (Archipelago Series, 2018) is an interactive sound installation of 11 suspended rocks from South Africa and Switzerland emitting sonified data from the space by the South African Astronomical Observatory. These are proxies of near-earth-asteroids, which are related to mass extintion events and also represent the next frontier of extractivism. The alienated exobodies are floating territories roaming the void, always calling home. Some of the sound they stream, are influenced by the stories of their carrier, they person who donated the rock to the artwork.
COMING SOON
4h0tsp0T4x3n0
++
alwayscallinghome.io

alwayscallinghome.io is an interactive app by Mathilde Buenerd and Vanessa Lorenzo. It is an interactive soundsculptura in order to hear the unheard and sonify memories from rocks.
TAKE ME TO THE INTERACTIVE INSTALLATION

4h0tsp0t4x3n0 is a collaboration between Natalie Paneng and Vanessa Lorenzo. It refers to "A hotspot for xeno-biodiversity" . 4h0tsp0t4x3n0 is an etnofiction that analyses Internet niches like @Facebook groups, @YouTube DIY tutorials, @SoundCloud manifests in order to find subcultures that explore our relation to the rocks and the space. 4h0tsp0t4x3n0 is an Internet cult of radical togetherness in order to explore space mining and #xenofarming on Earth beyond xenocapitalism. The Anthropocene is an accelerating double-death provoked by the arrogance of the industrializers, super-transporters, and capitalizers, in seas, lands, airs, waters and space. [...] And, written into the rocks [...]. Double death is in love with haunted voids. in a post-colonial, post-anthropocentric framework. 4h0tsp0t4x3n0 is also a DIY tutorial to learn how to spot, characterize and farm meteorites in order to cultivate their xenobiology, extraterrestial life forms and the nutriments that might carry. Glosary: Anthropocene: is a proposed geological epoch dating from the commencement of significant human impact on Earth's ecosystems. A "biodiversity hotspot" is a region that is both rich with life and at high risk for destruction. Like Earth now, that has lost at least 70 percent of its original natural vegetation, usually due to human activity. "Xenology" may be defined as the scientific study of all aspects of extraterrestrial life. "Xenobiology" refers to the study of the biology of extraterrestrial lifeforms not native to Earth. It is also "is an emerging field in the context of synthetic biology, encompassing the design, generation and evolution of alternative forms of life" https://www.xb1genoa.com/ "Xenocapitalism" capitalism beyond our planet.
MANIFESTO
FOR THE REPUBLIC OF THE ARCHIPELAGO:

The Archipelago Series: NEA.player
While "Nea player" is a transparent turntable to sound out the approaching orbits of highly magnetic meteorites fallen on Earth.
MIXED SOUNDS and LIVE SESSIONS
The "The Archipelago" series started within "Always Calling Home" at the Art & Science research program "Artists-in-labs" from the Institute for Cultural Studies in the Arts (ICS) at the Zurich School of the Arts (ZhDK) in collaboration with the South African Astronomical Observatory from September to December, 2018. "Always Calling Home" has been later on expanded as "The Archipelago" series for the Fak'ugesi Festival held in September, 2019 in Johannesburg.
Near-Earth-Object (NEO) NF23, data courtesy of Dr. Nicolas Erasmus from SAAO, NEO NF23 is an asteroid observed by the Instrumentation Division at SAAO with the Sutherland node of the Korean Microlensing Telescope Network (KMTNet). I braved to process the data corresponding to the V-filtered light magnitude, processed with DS9 to make this sequence. CC-By 4.0 N. Erasmus & V. Lorenzo, 2018.
Near-Earth Asteroids (NEAs) are celestial bodies that have orbits that bring them close to Earth's orbit. The majority have crossing orbits with the Earth and have potential risk to impact Earth causing  mass extinction-related events like the recent Chelyabinsk airburst in 2013. The initial collaborators of the project, the mentor Dr. Daniel Cunnama (SAAO) and the  postdoctoral researcher Dr. Nicolas Erasmus (SAAO) facilitated scientific training and raw data from the astronomical observatory in Sutherland. The asteroids reflect beams of light and fluctuate within a range of frequencies in and out of the visible spectrum. Sentinels secure their positions to capture patterns out of waffled memories and ultimately enabling droning dialogues of the yet-to-come. 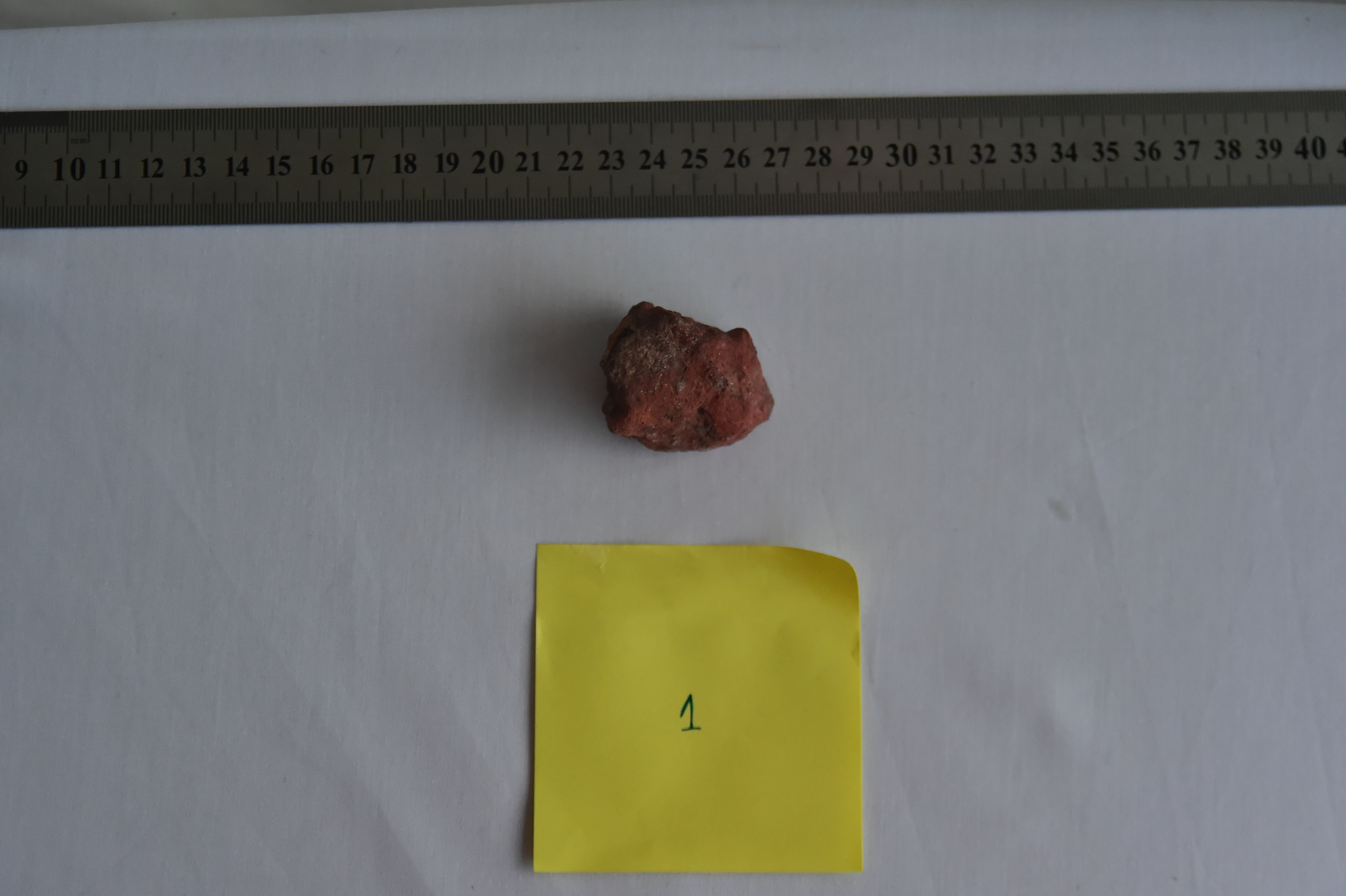 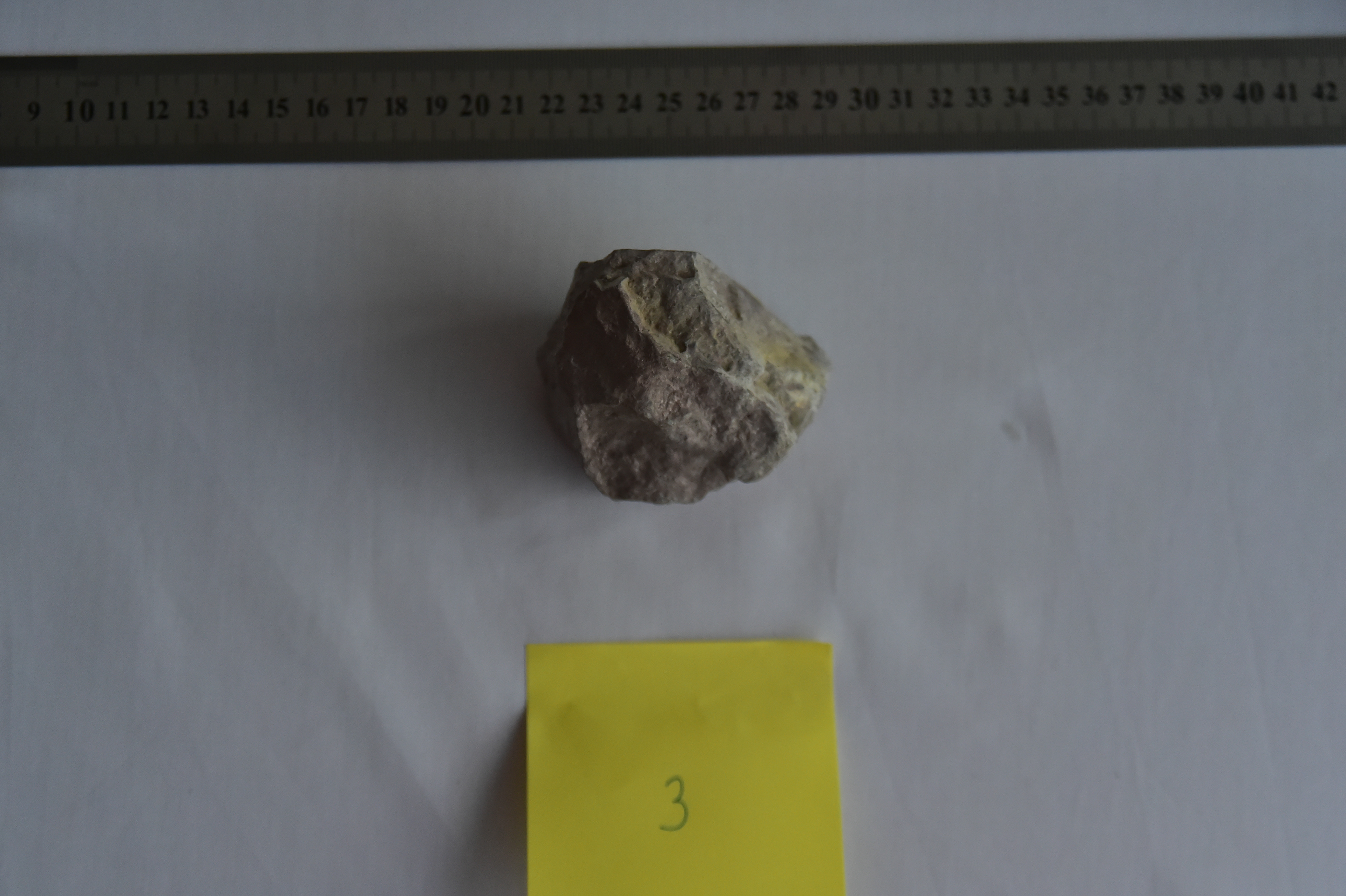 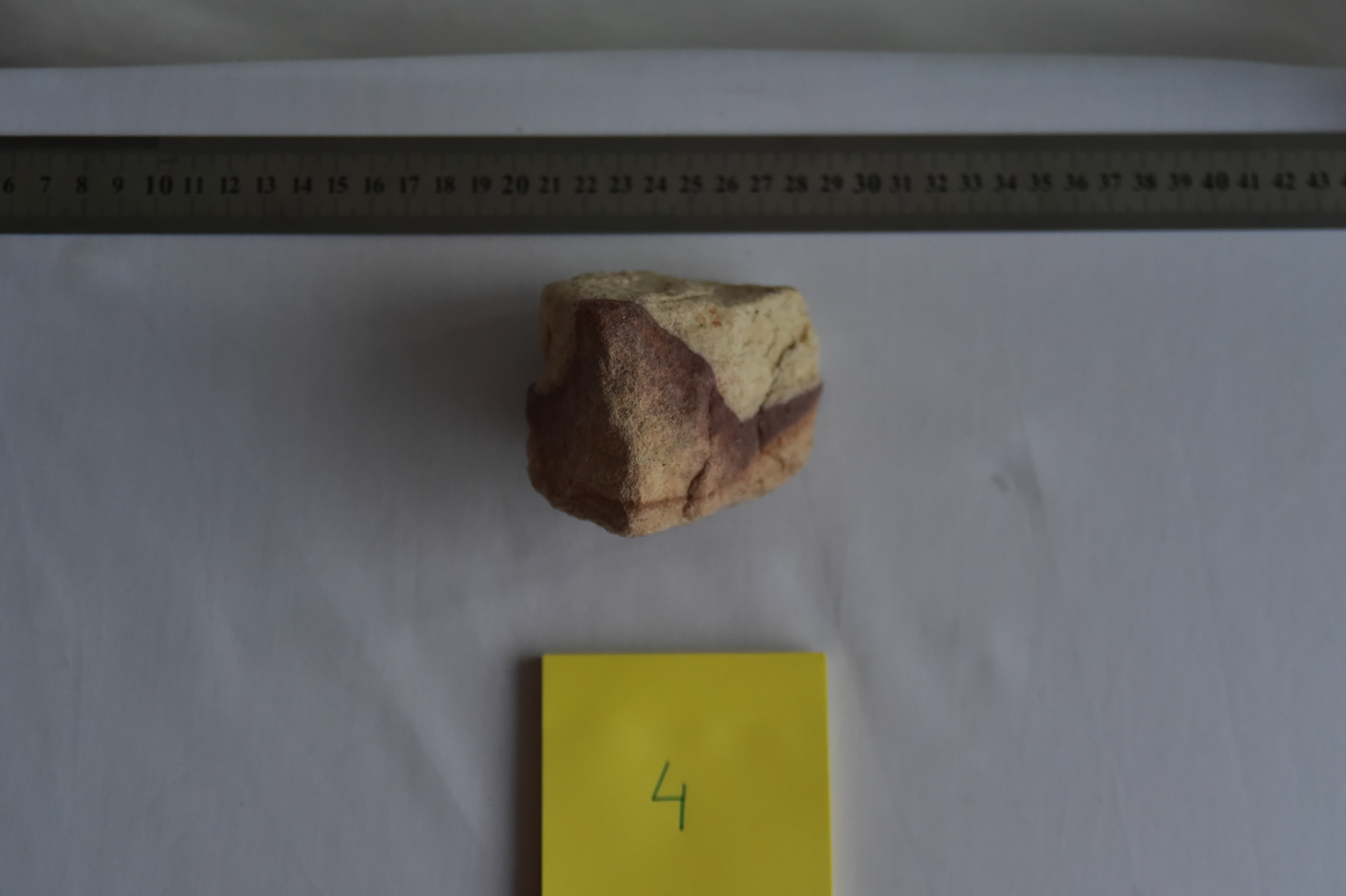 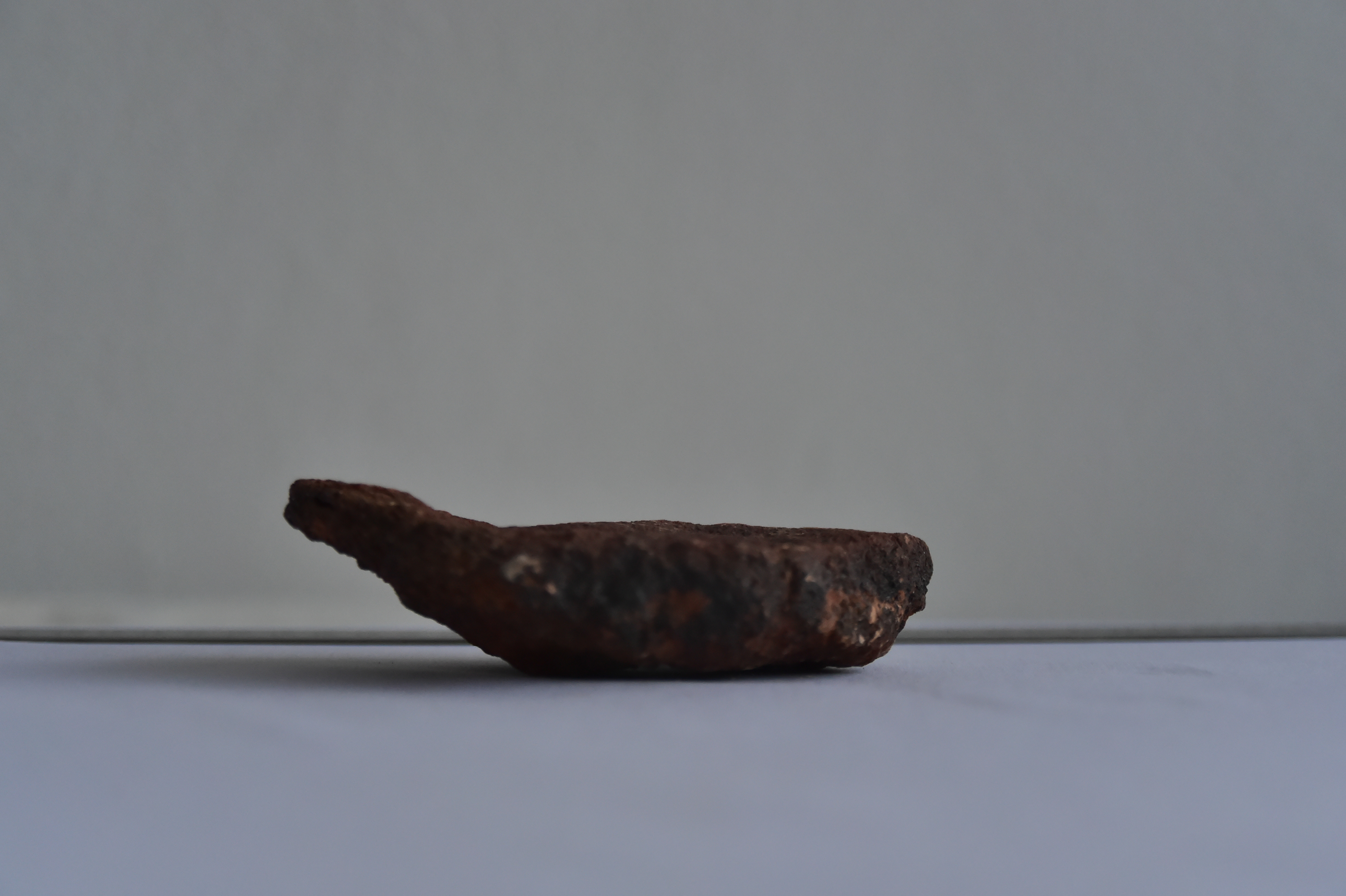 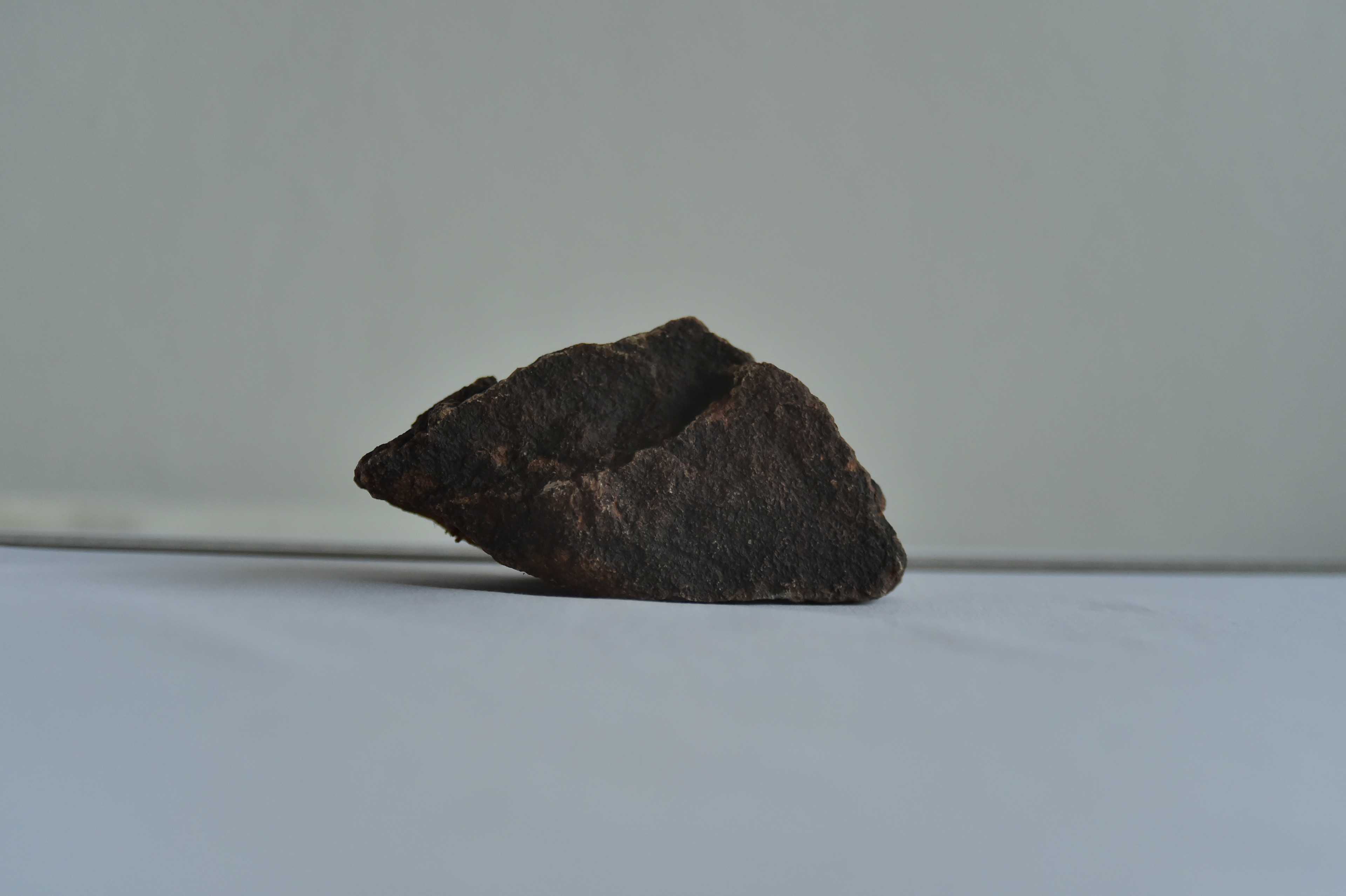 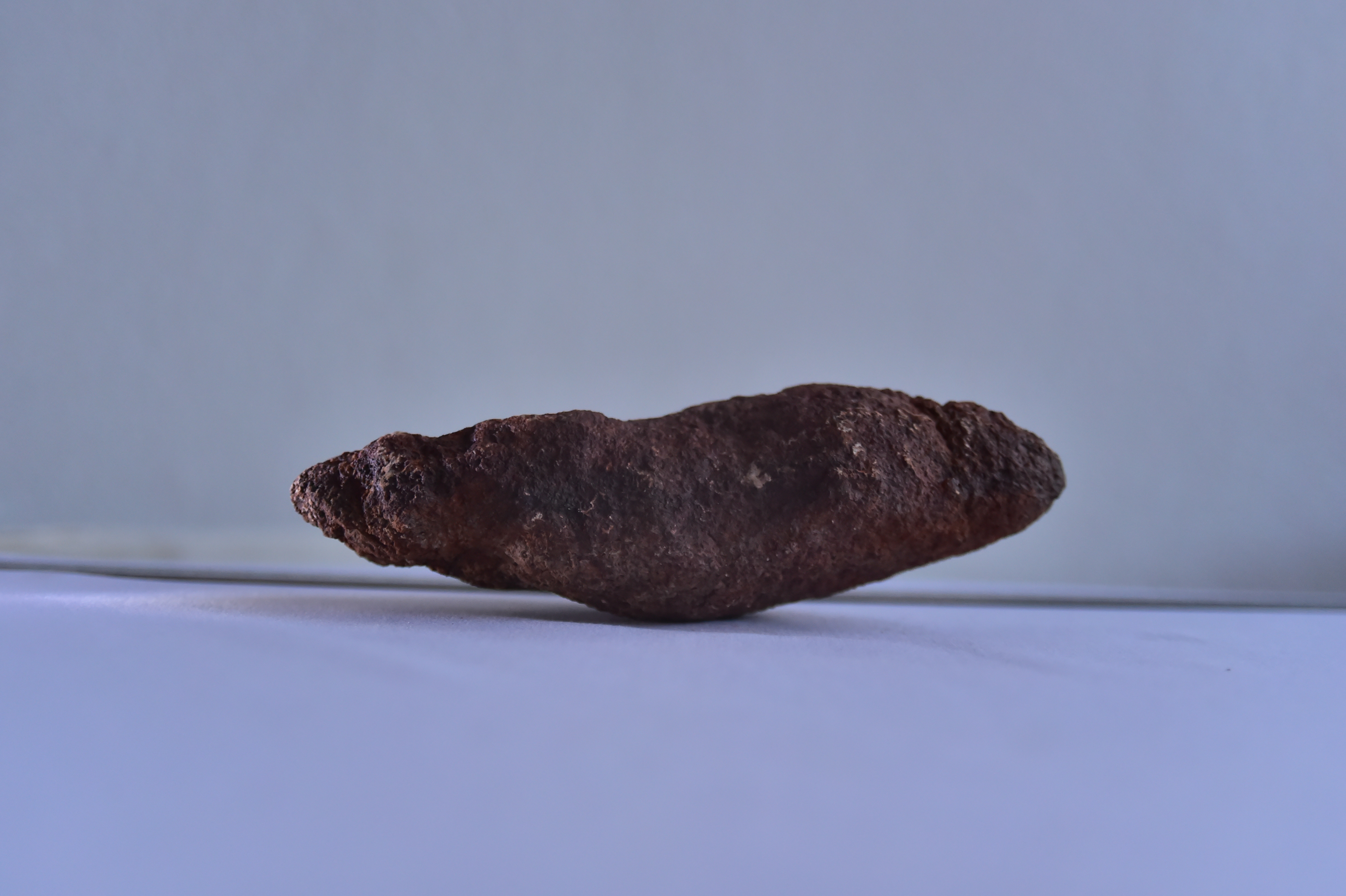 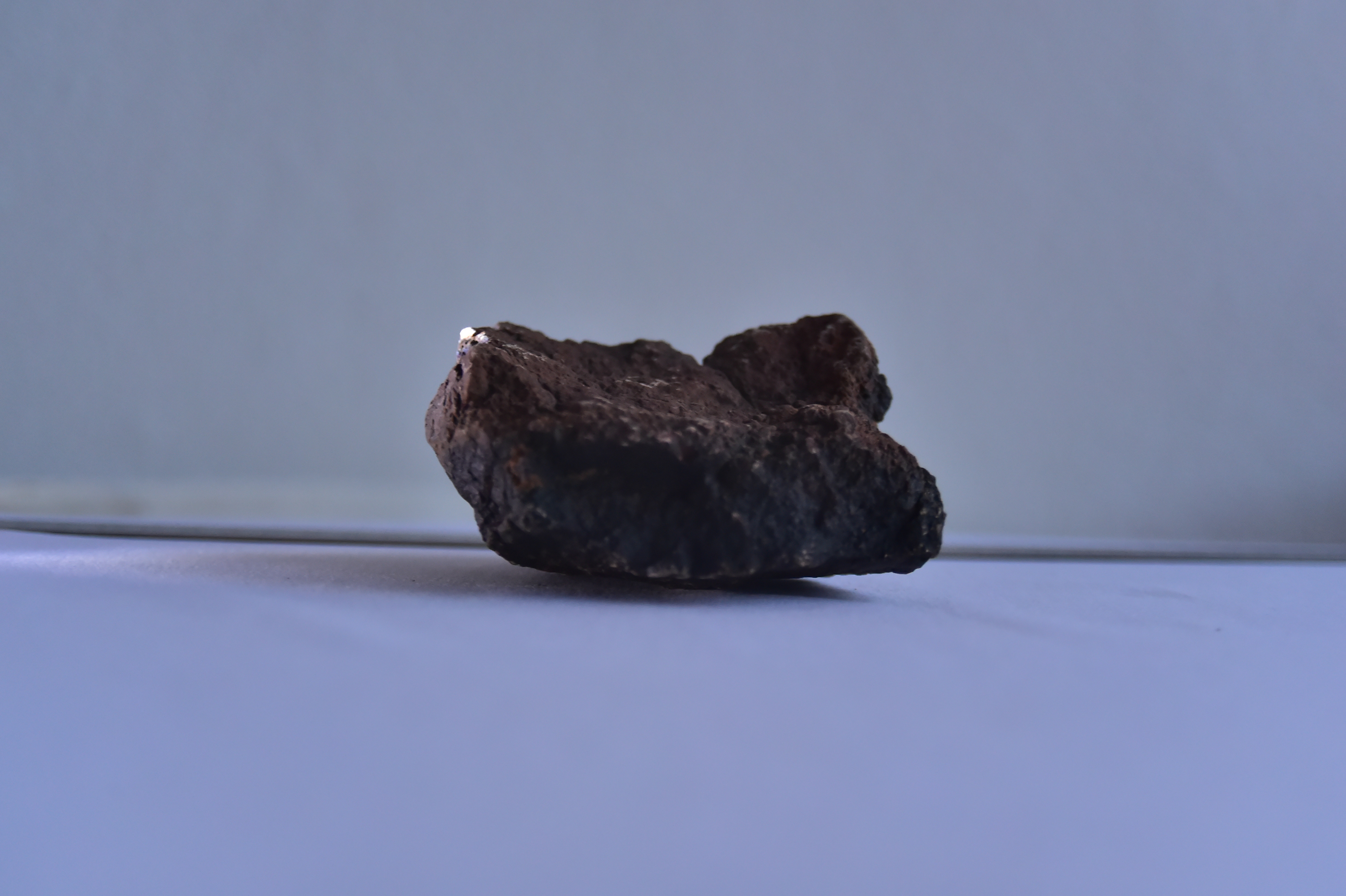 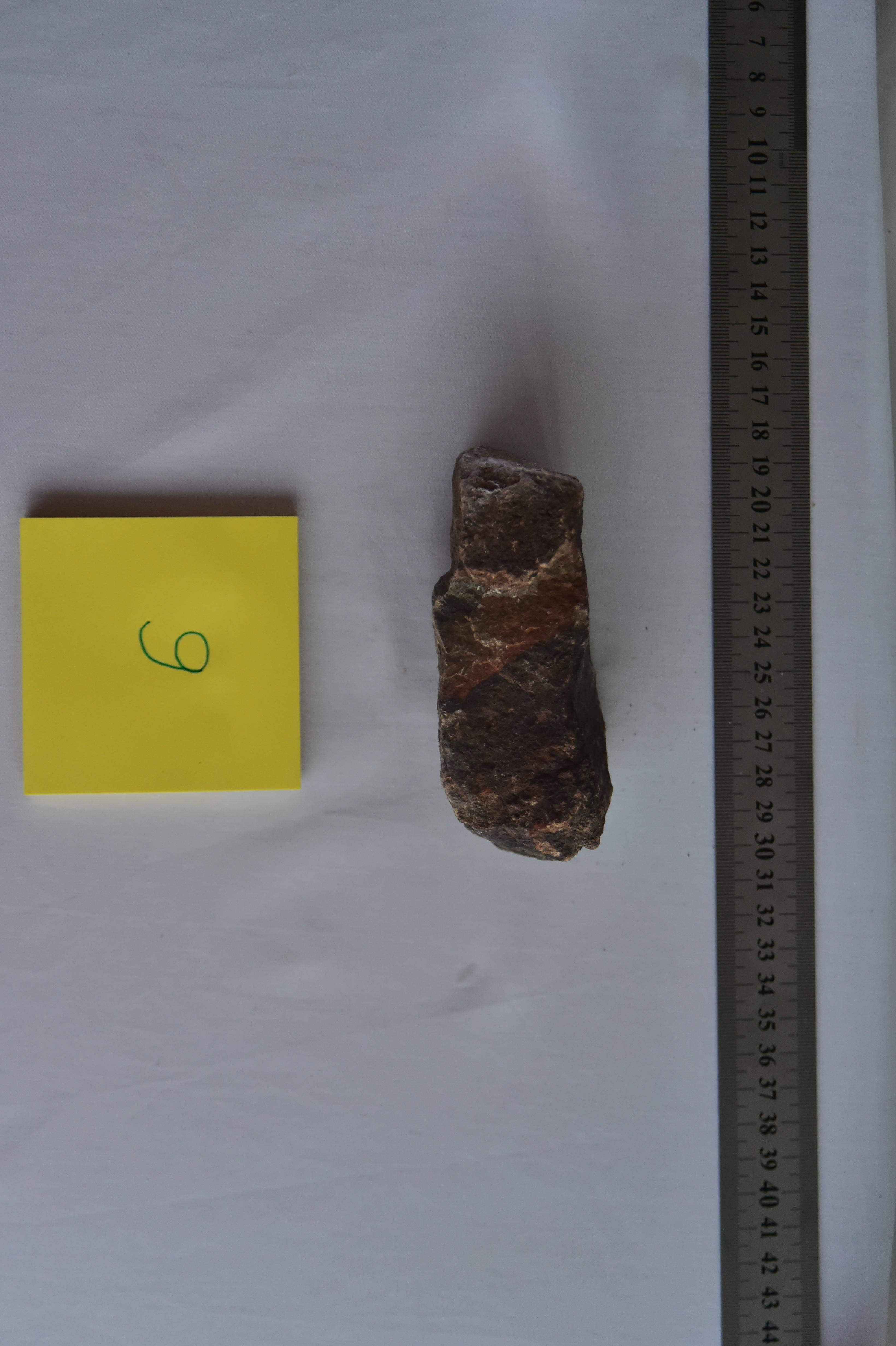 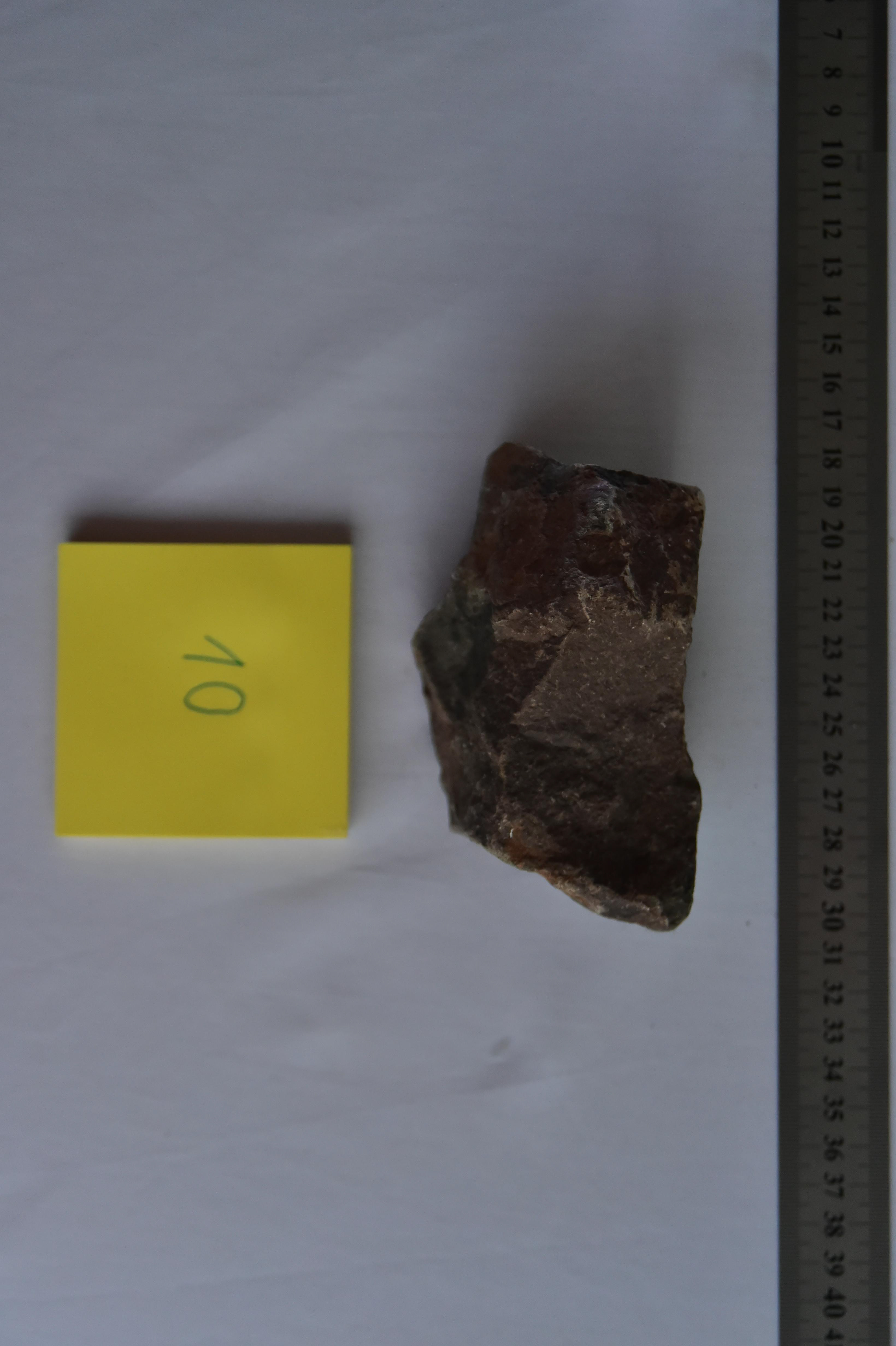 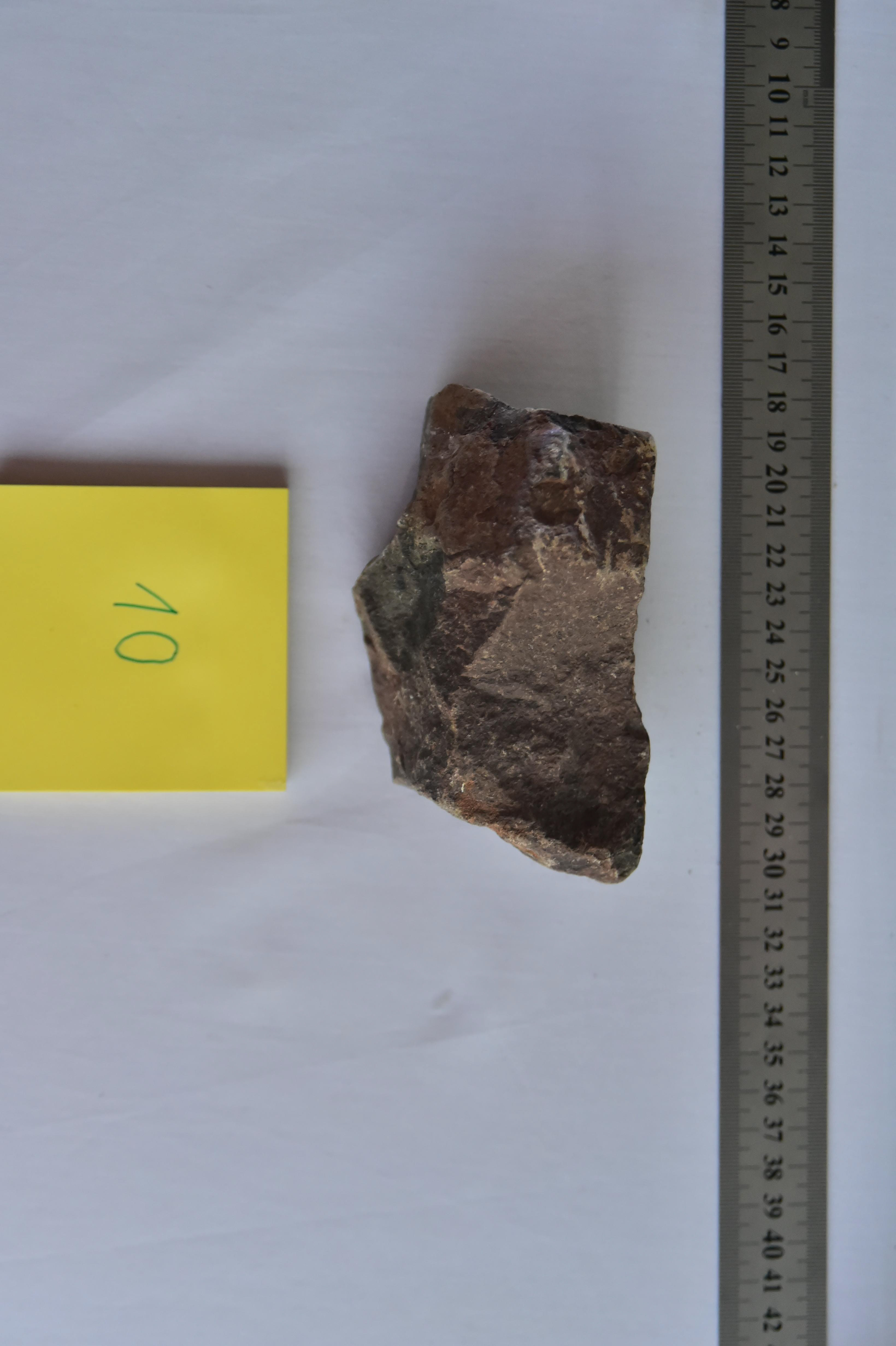 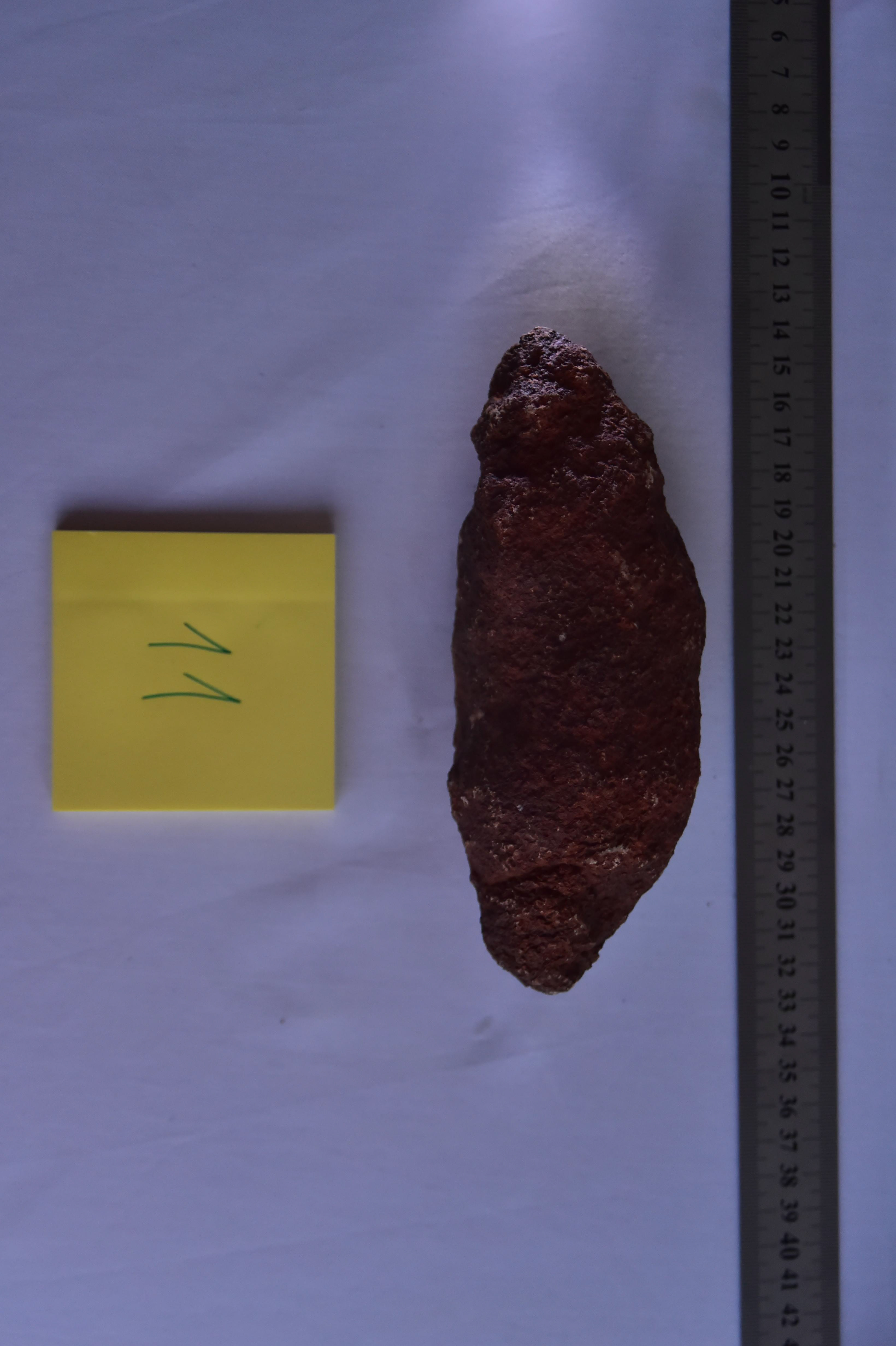 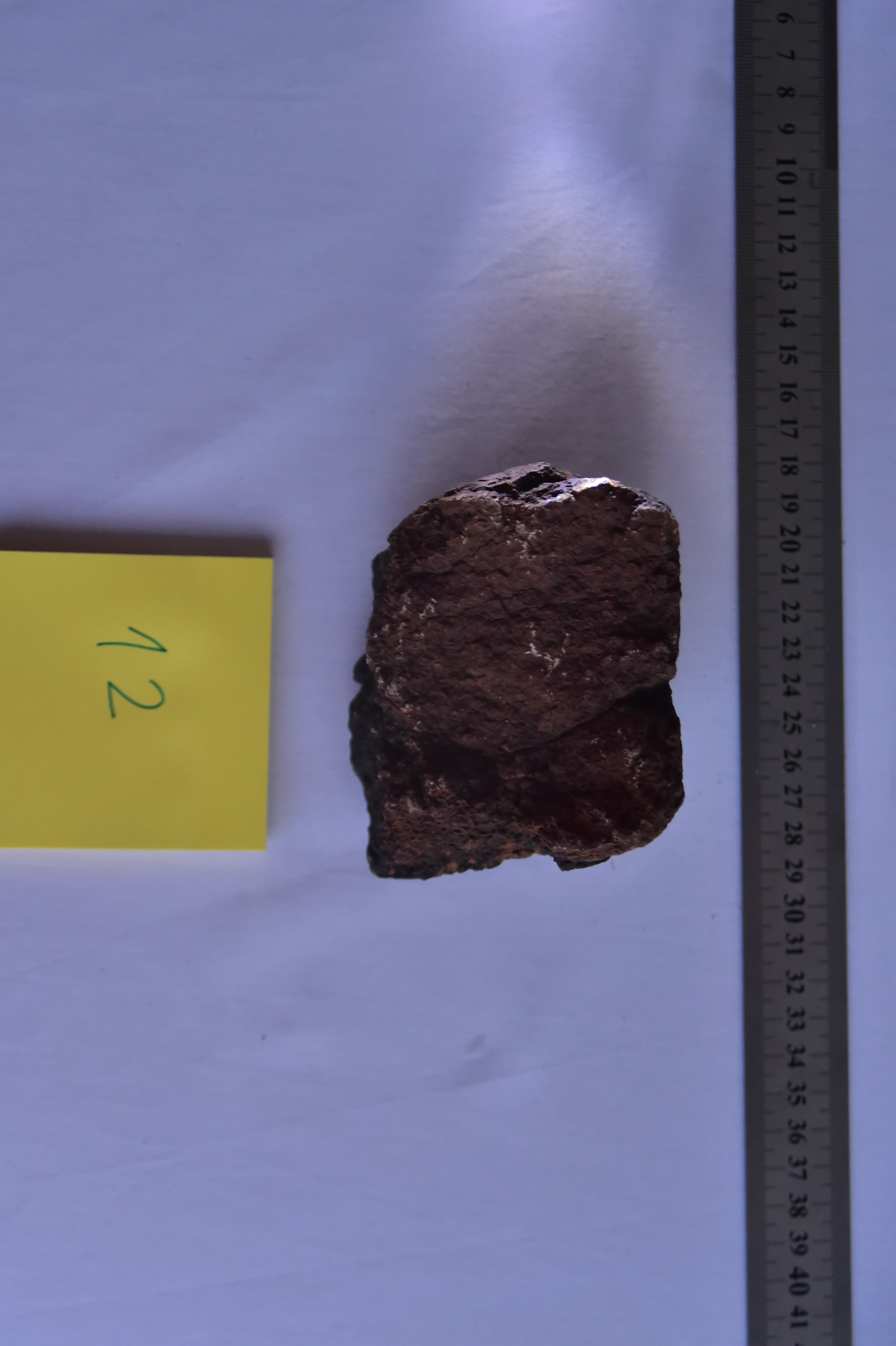 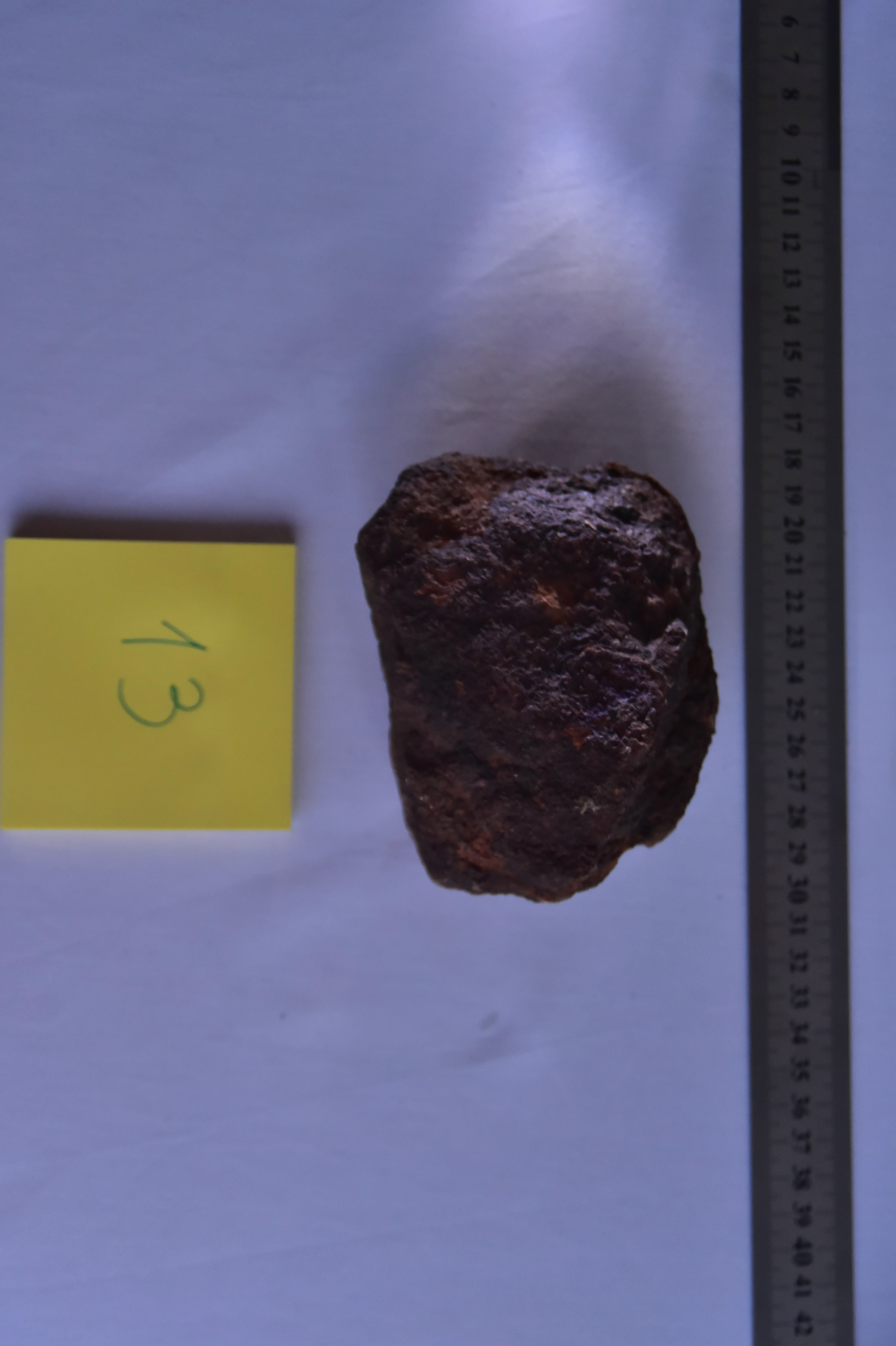 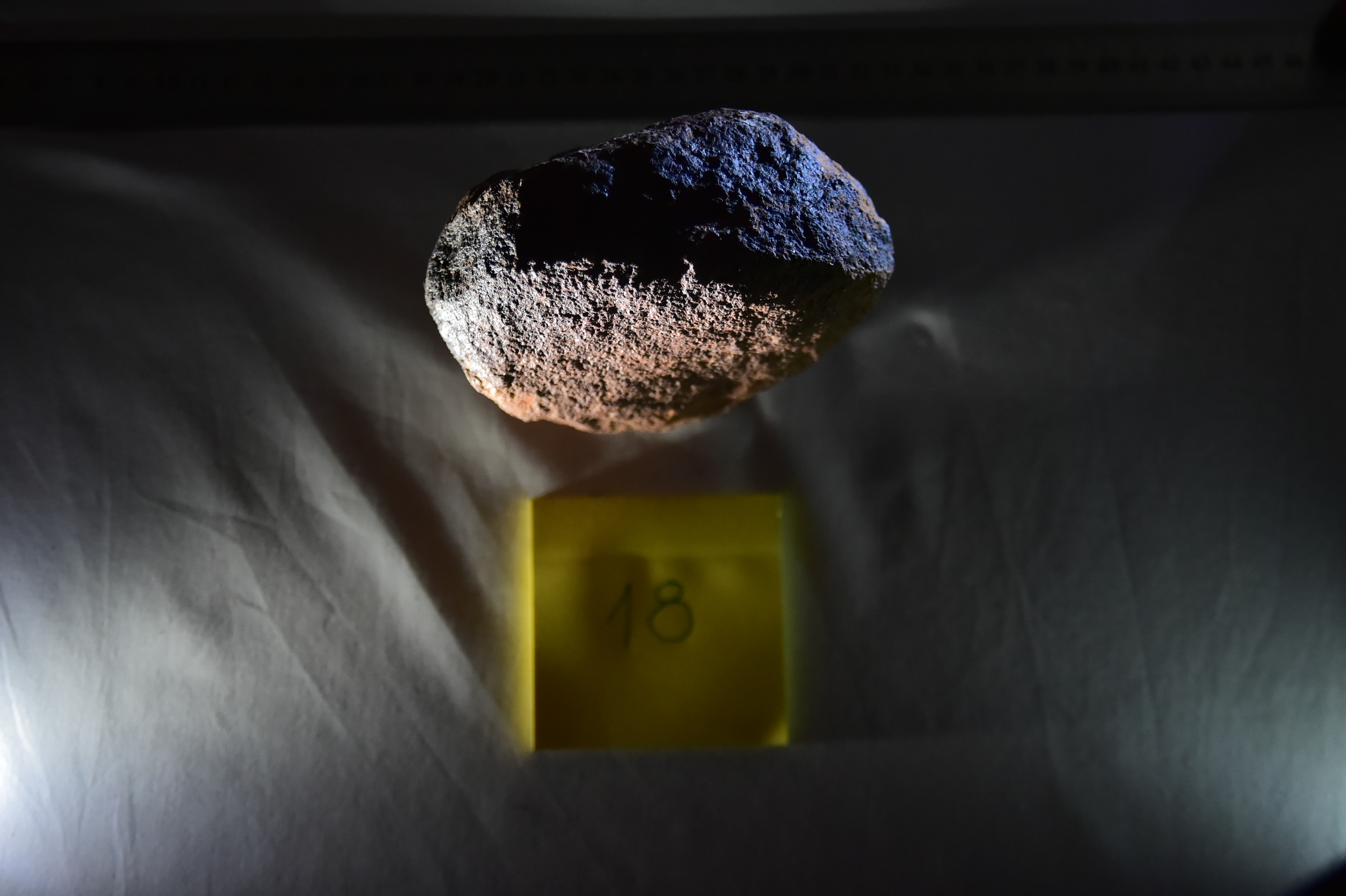 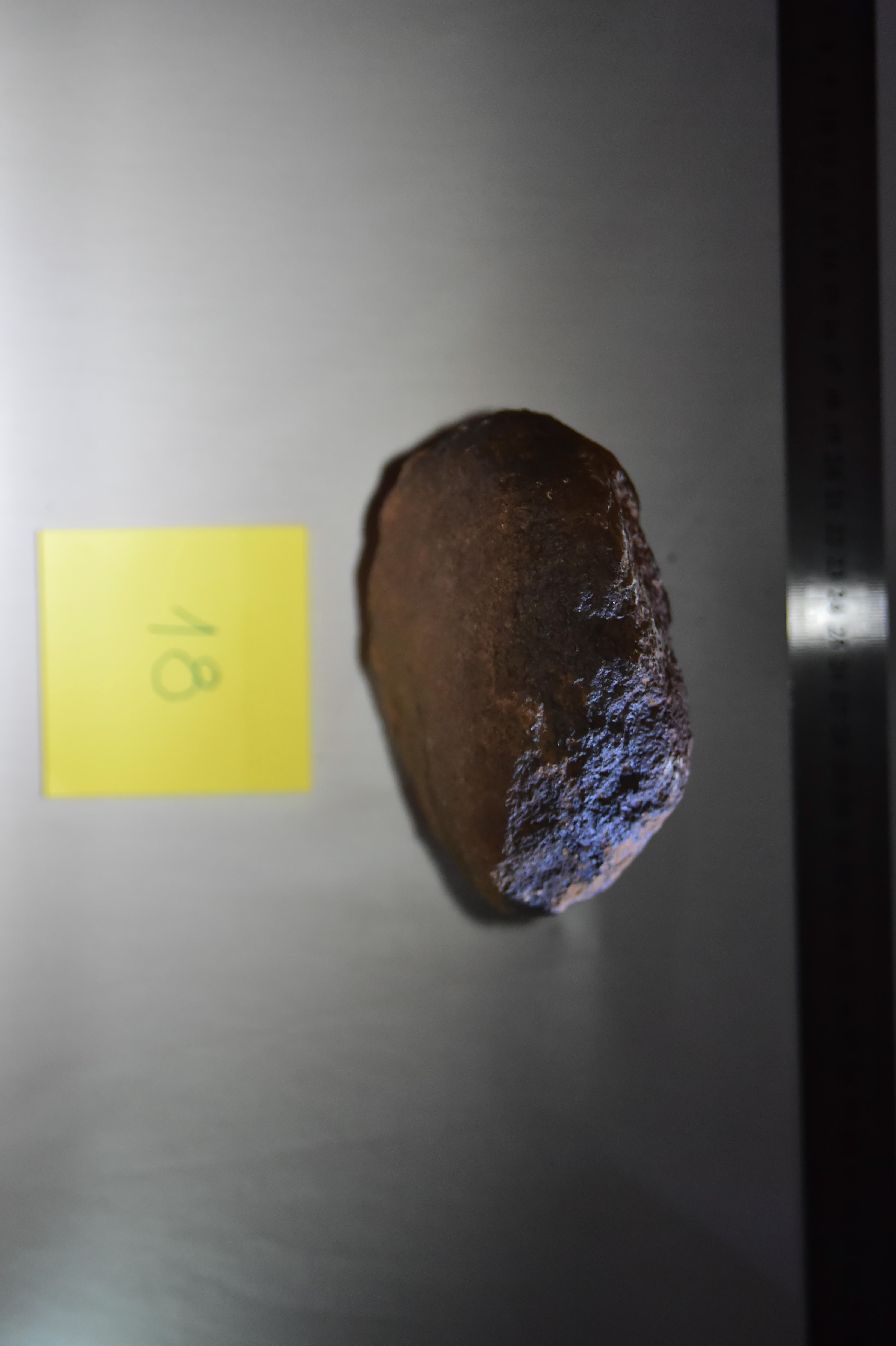 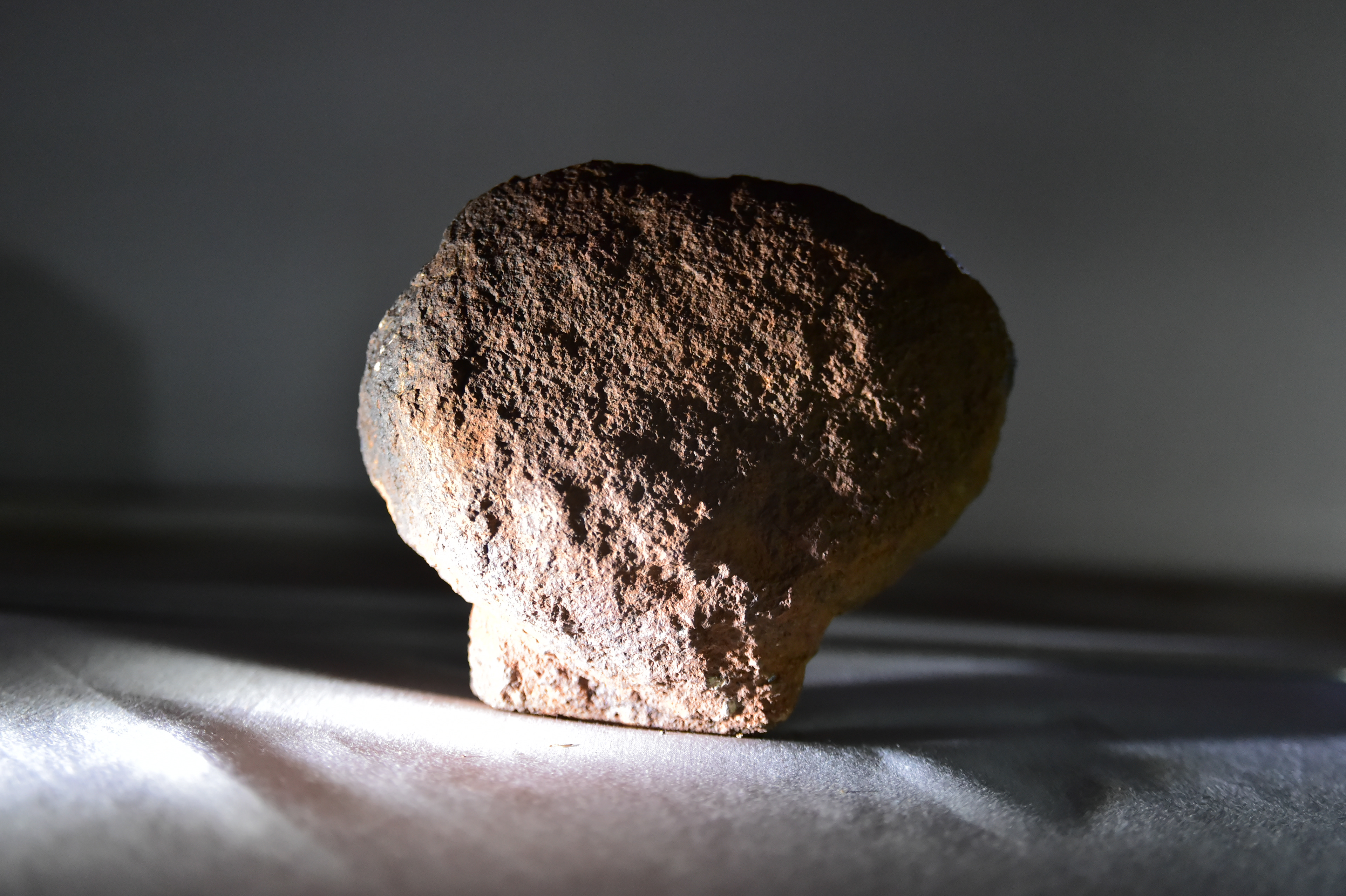 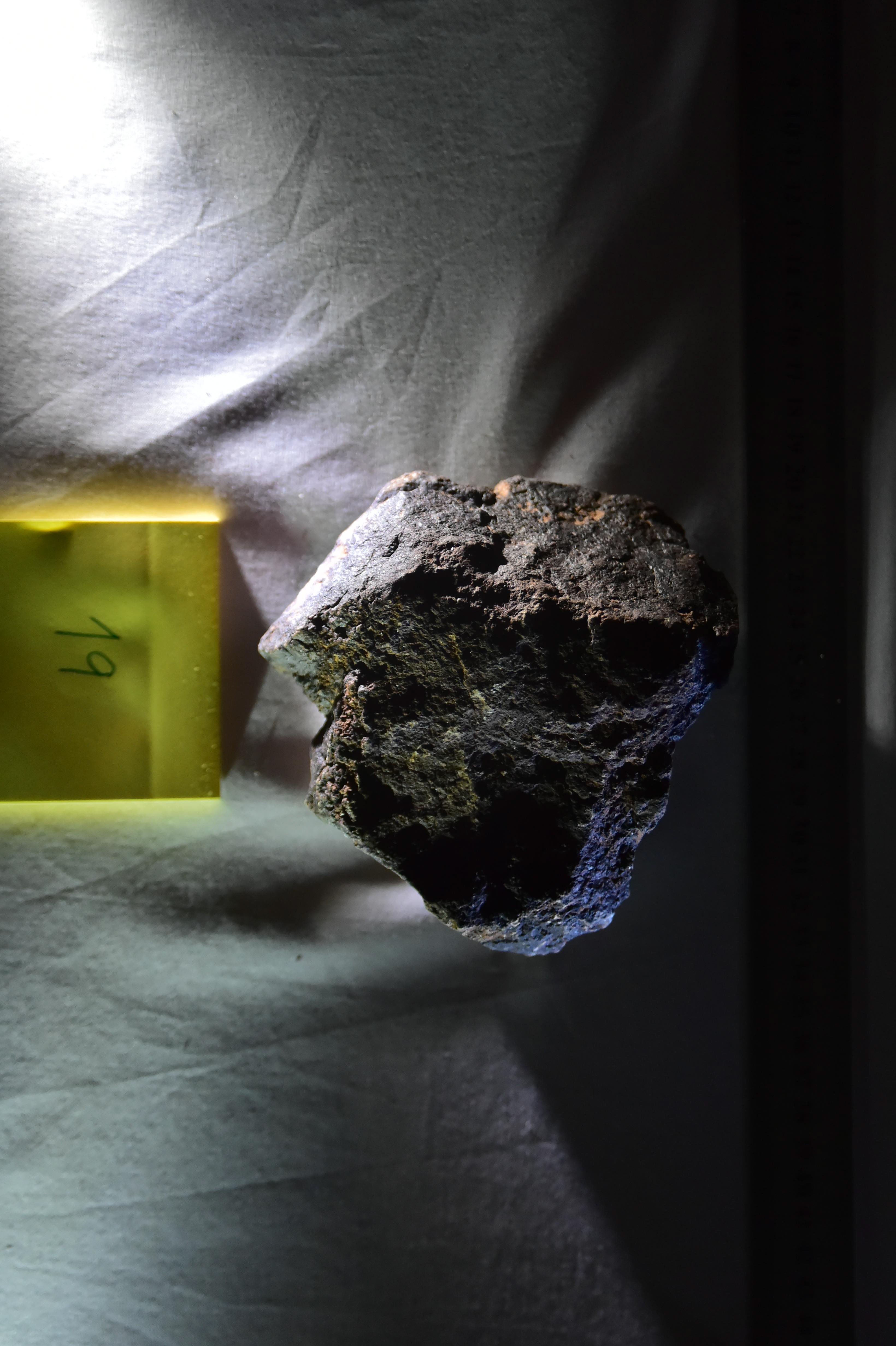 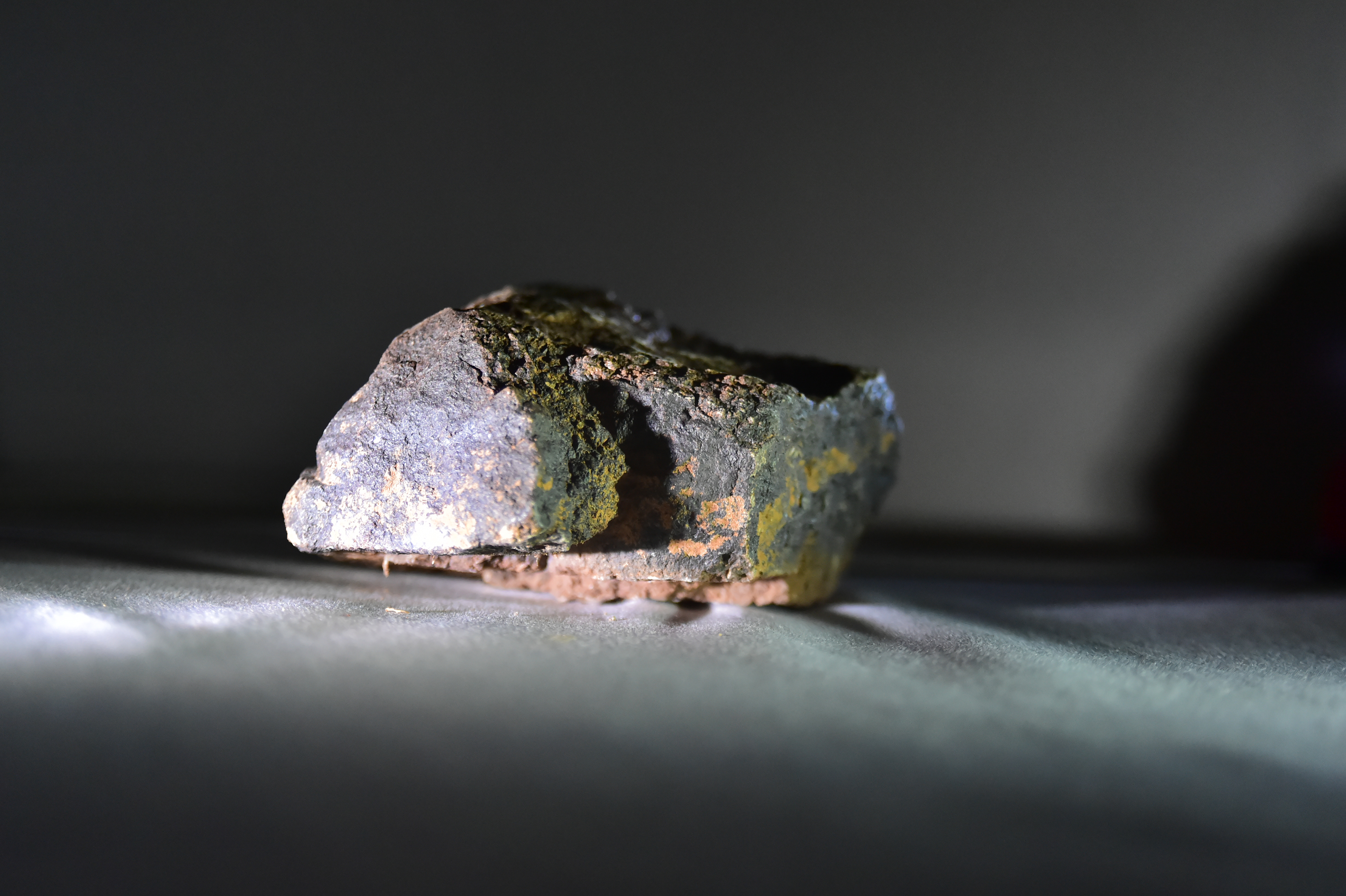 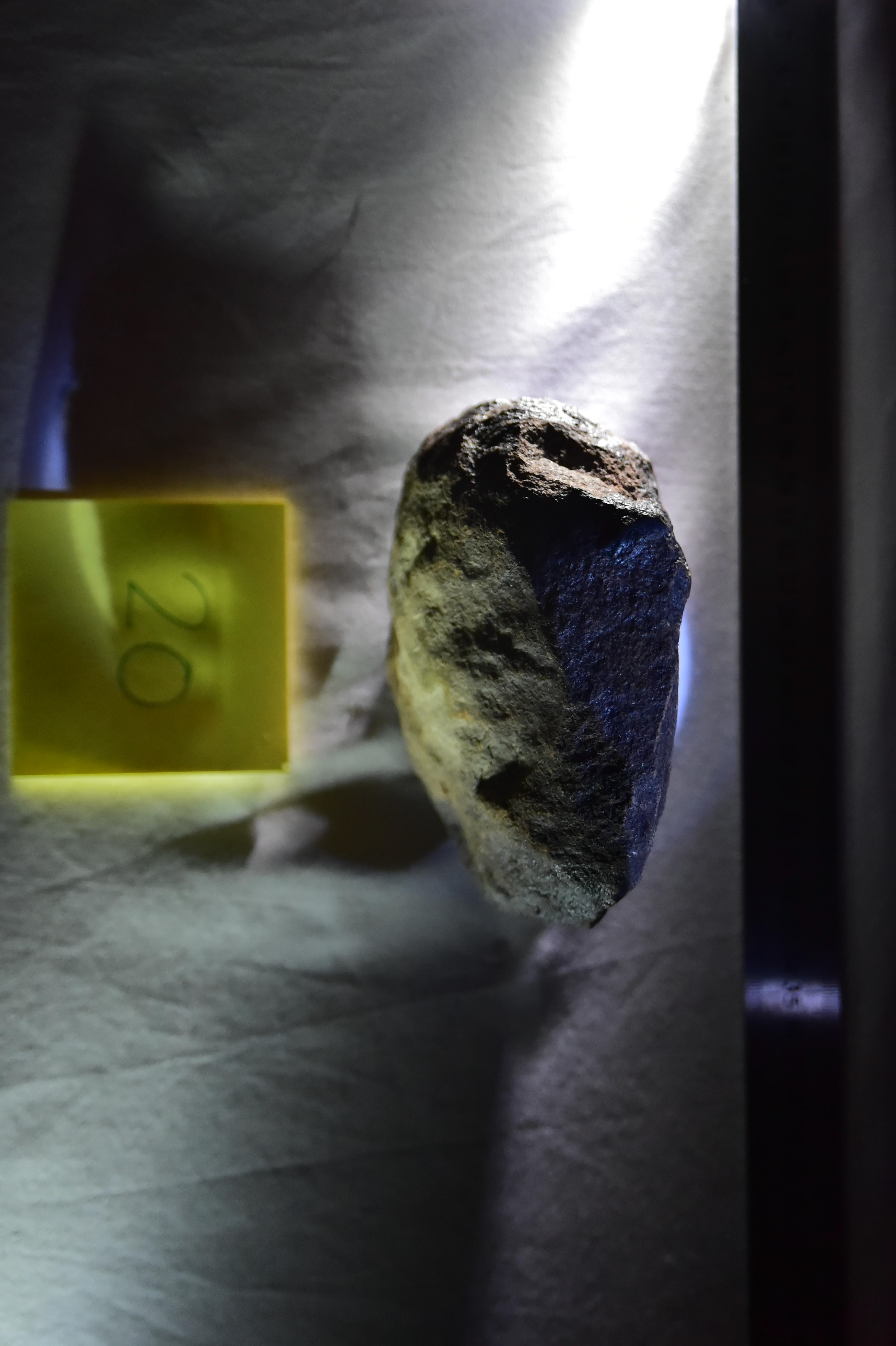 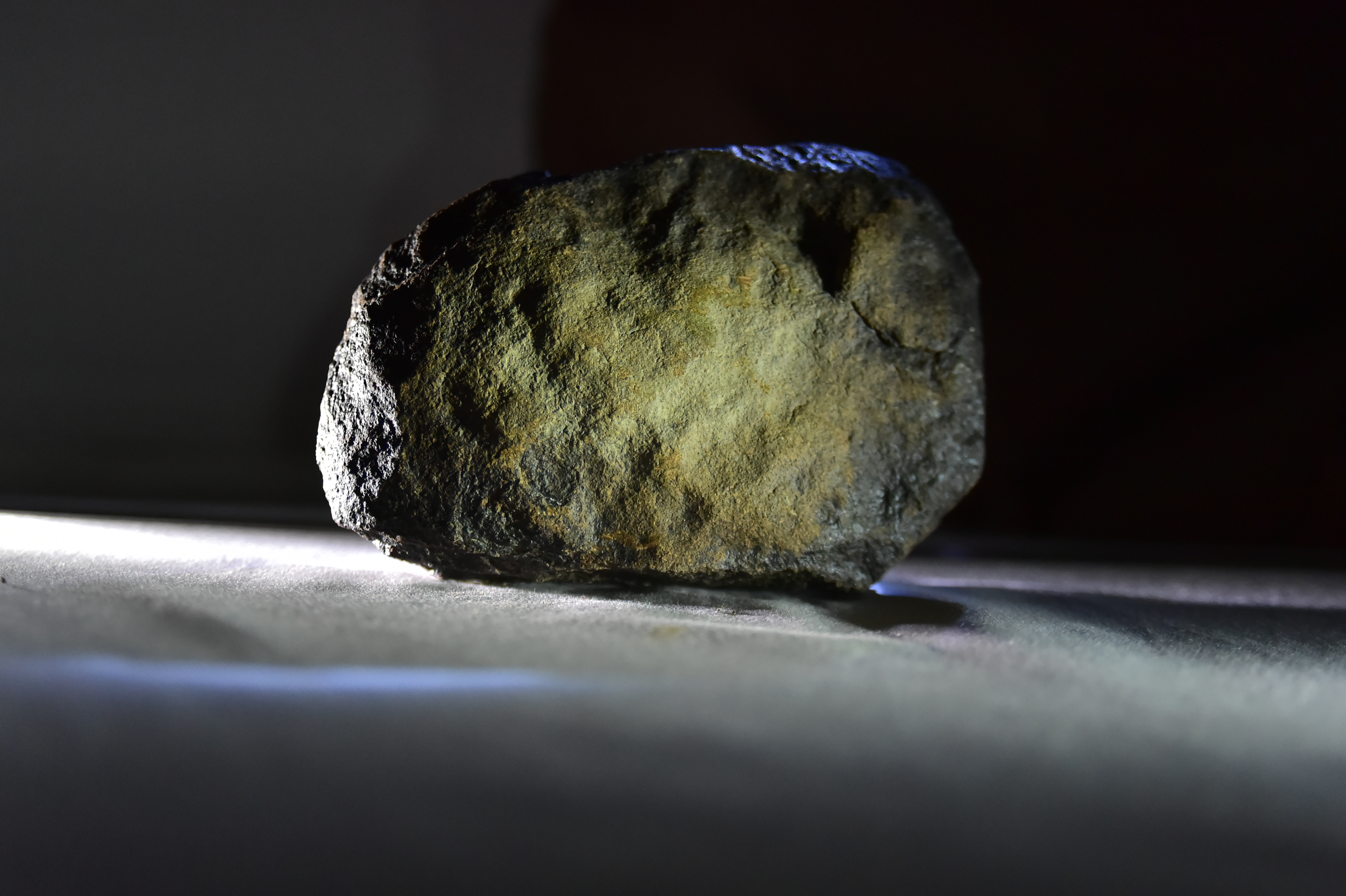 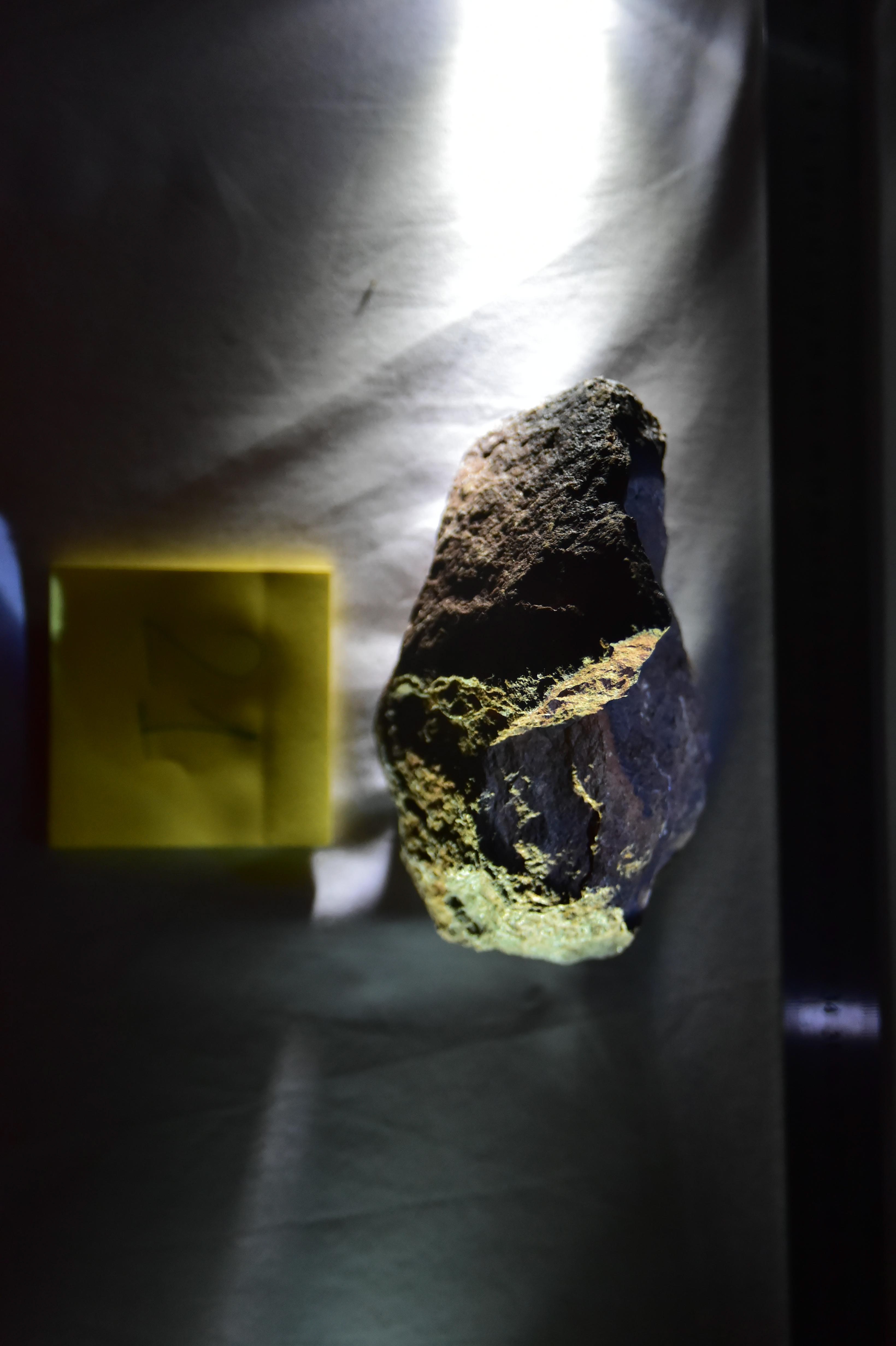 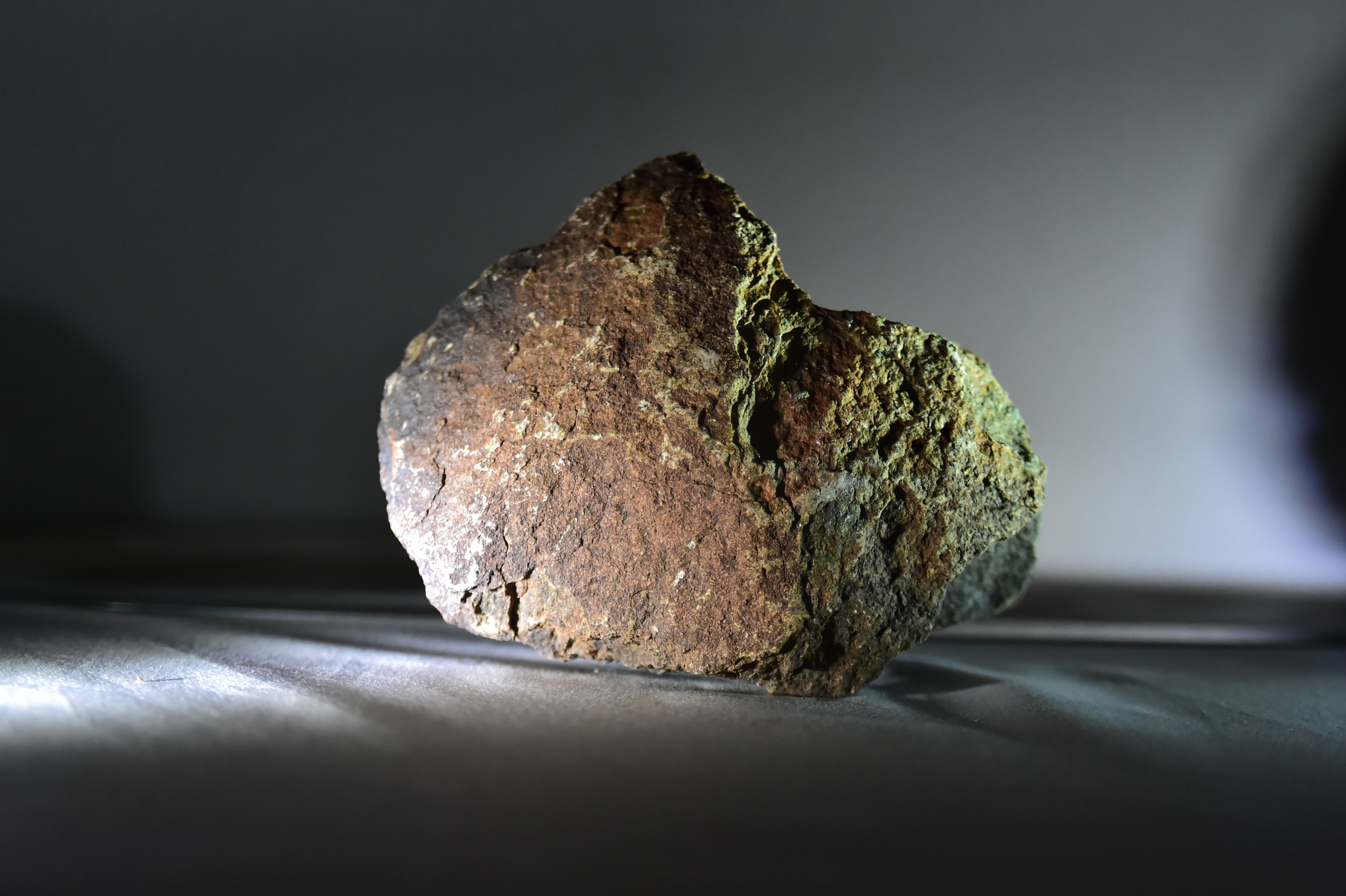 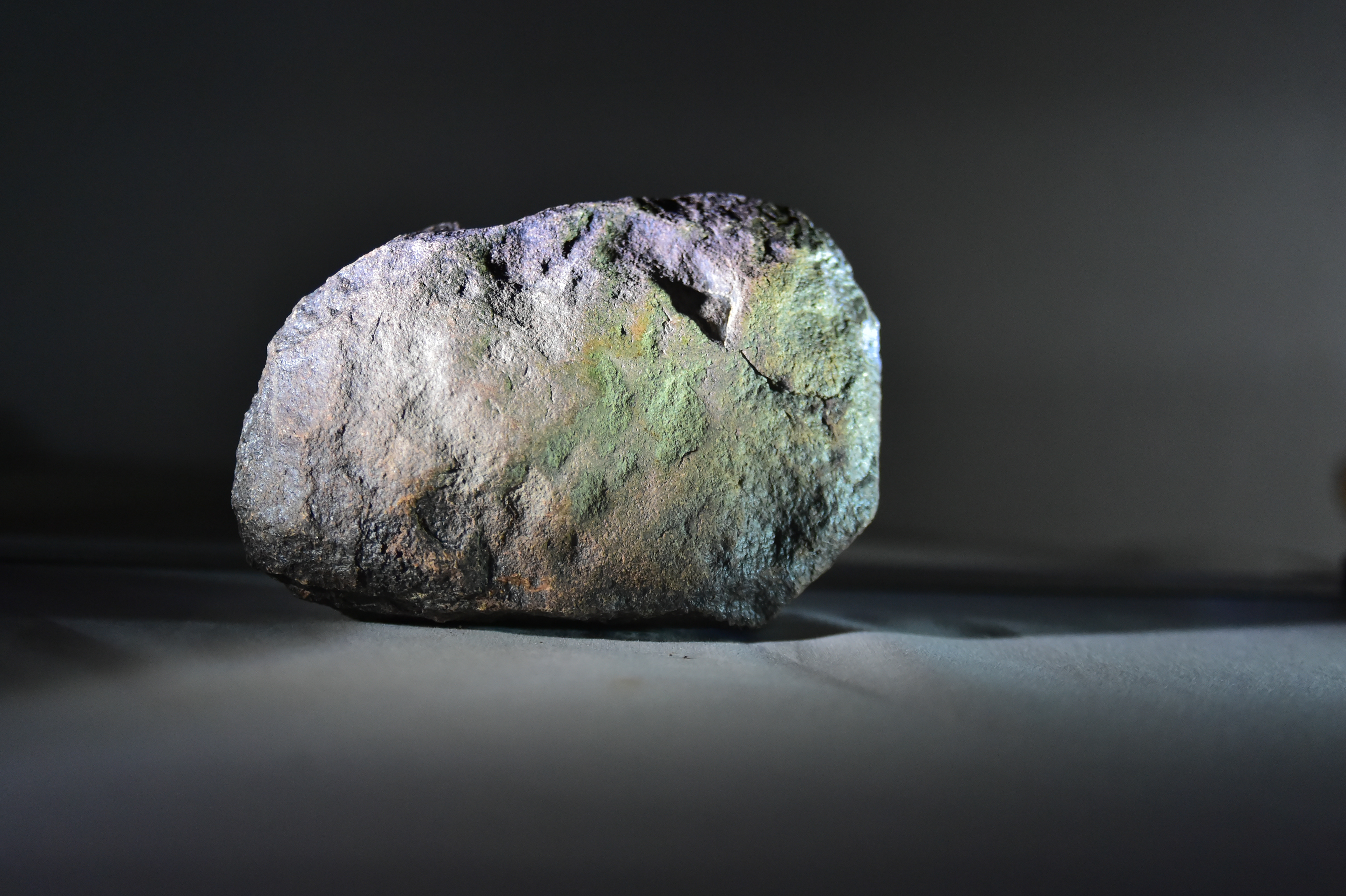 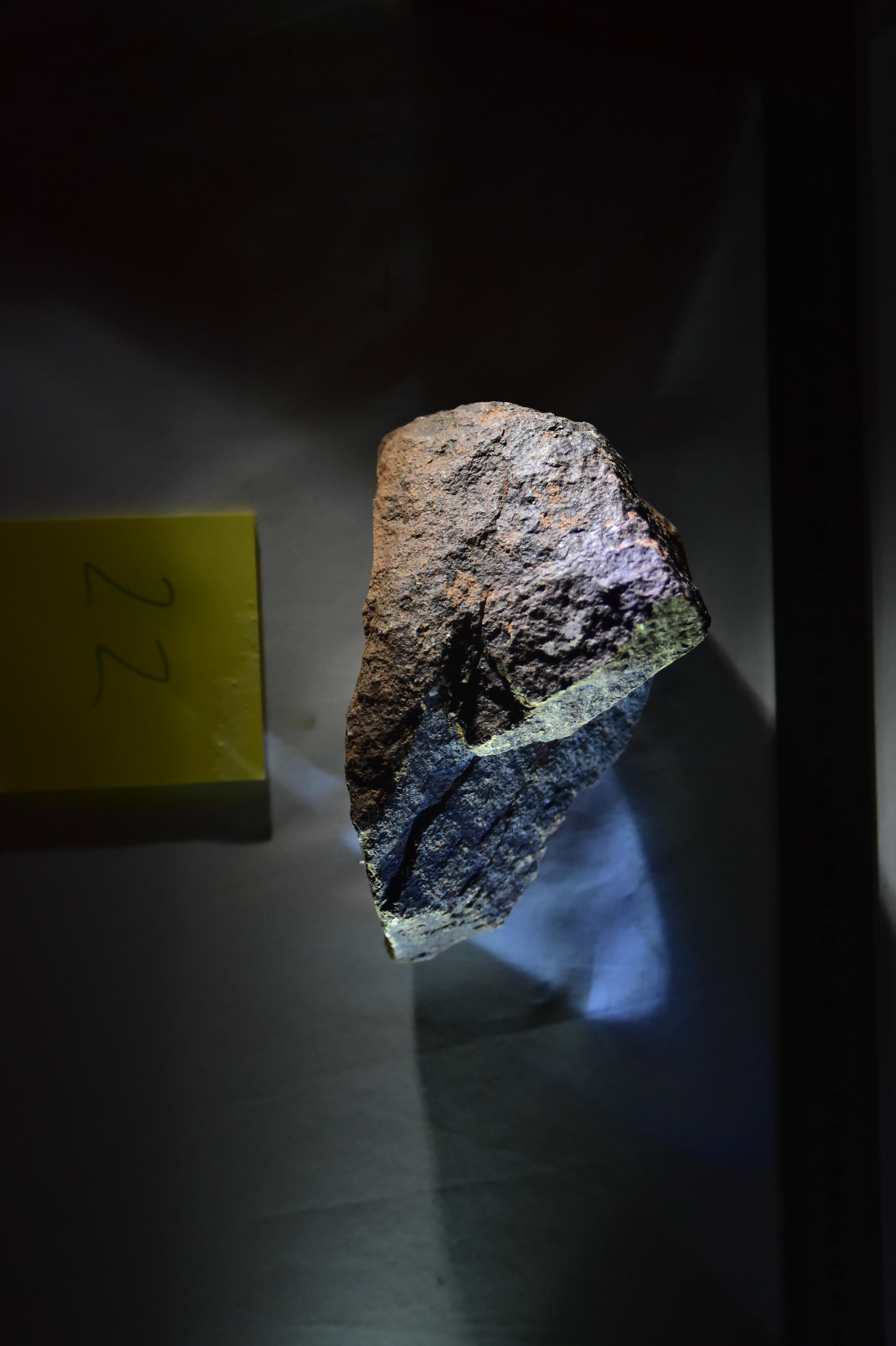 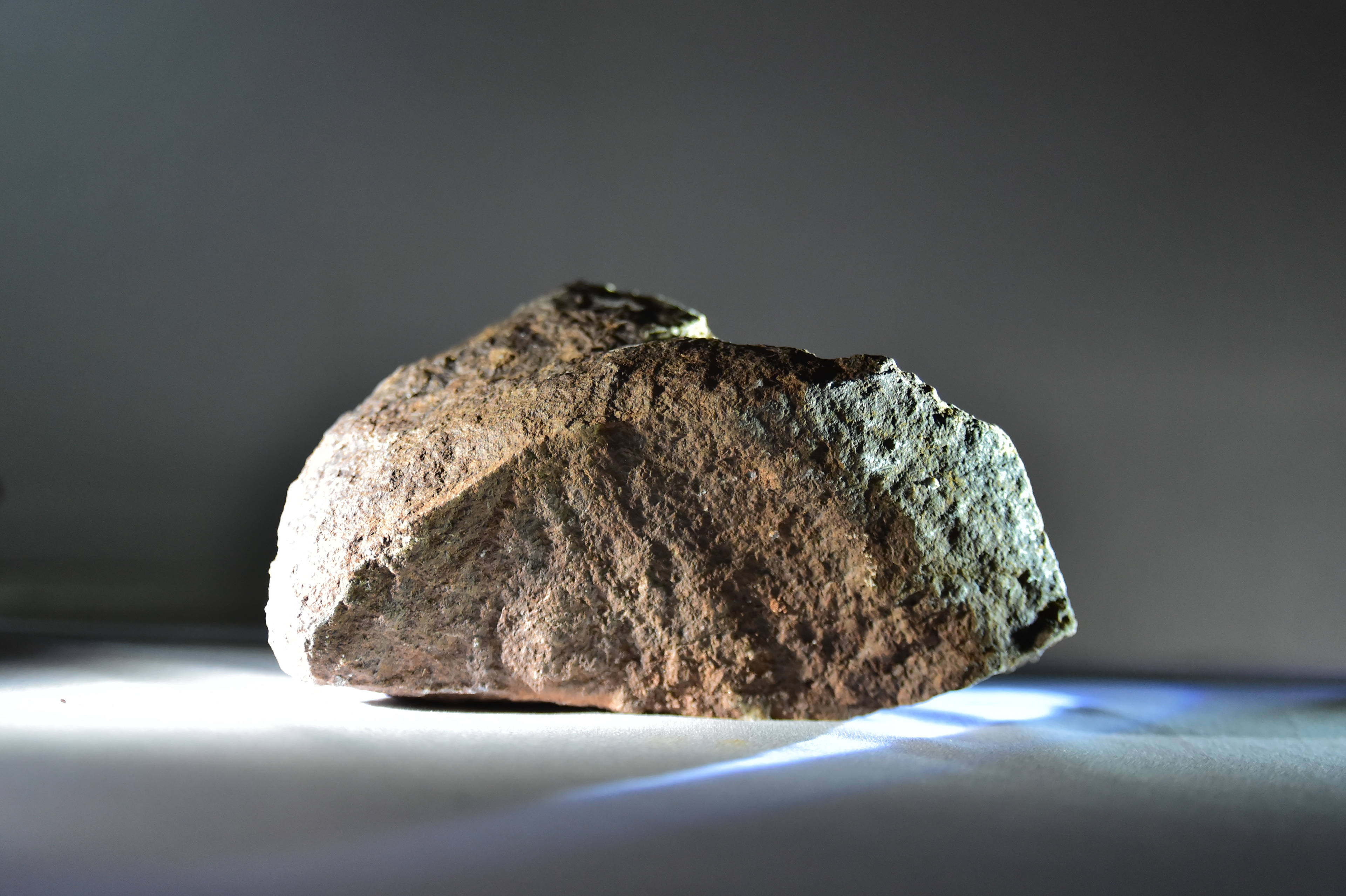 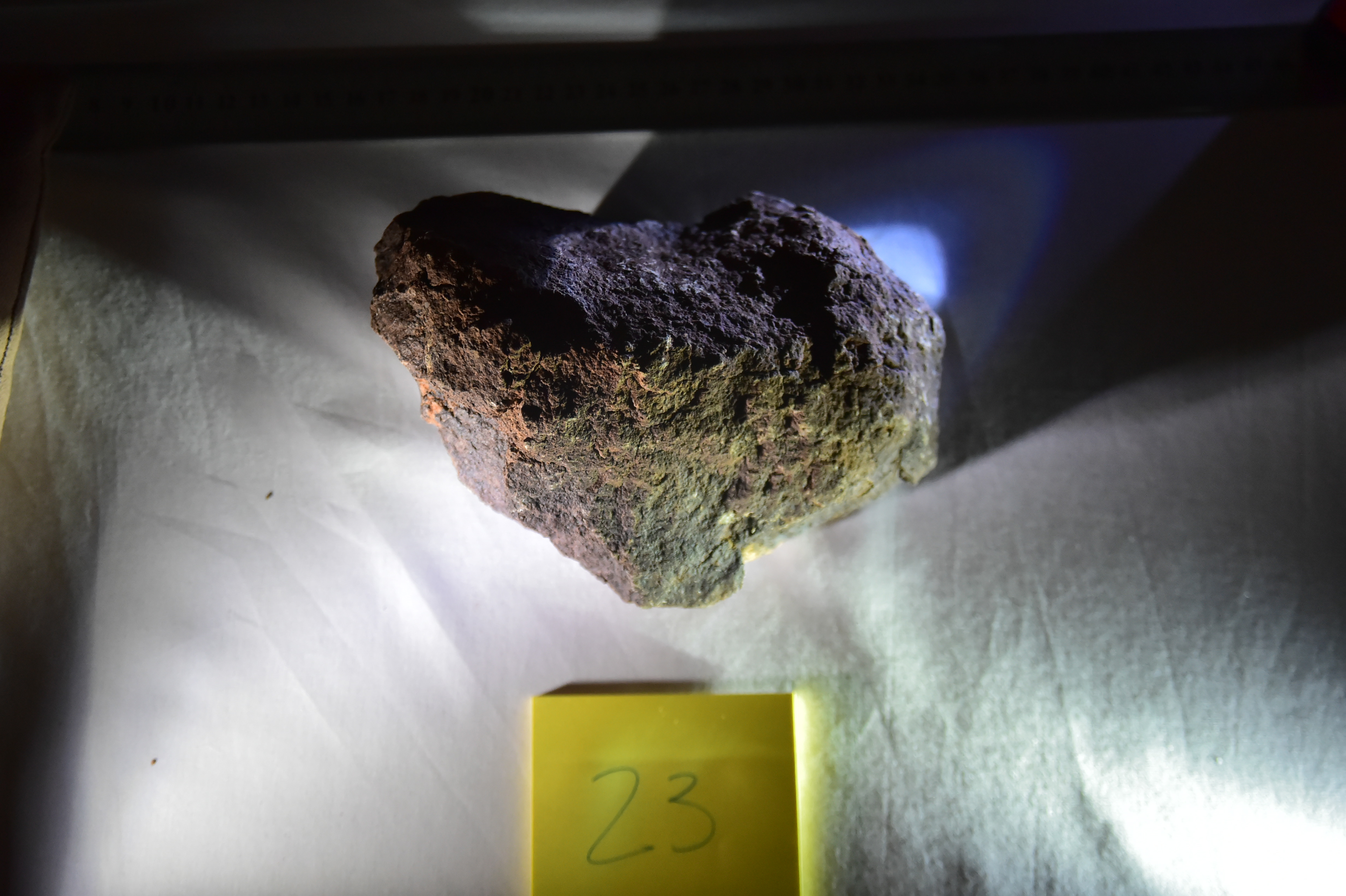 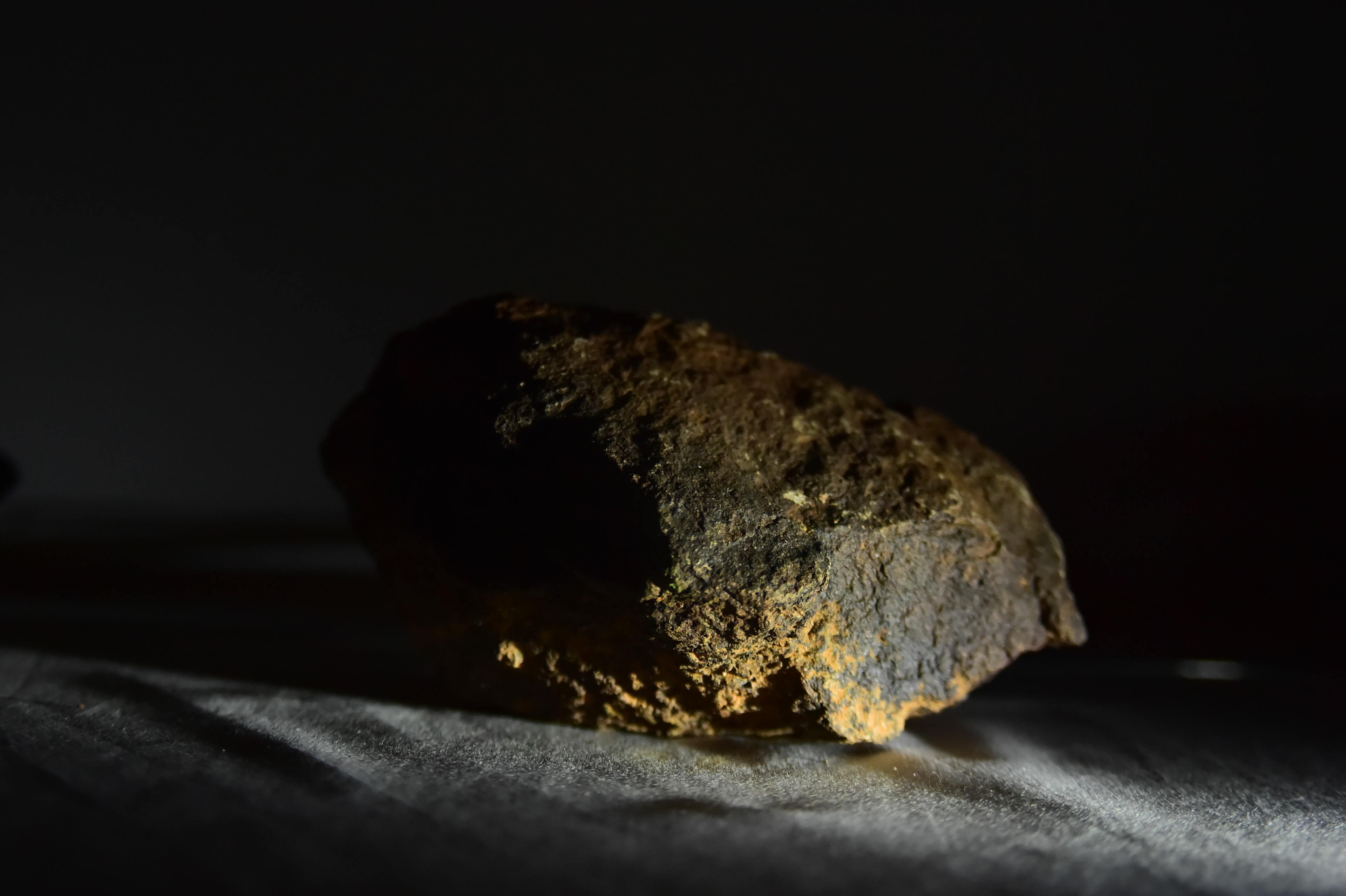 Mari mutare
↑Back to Top